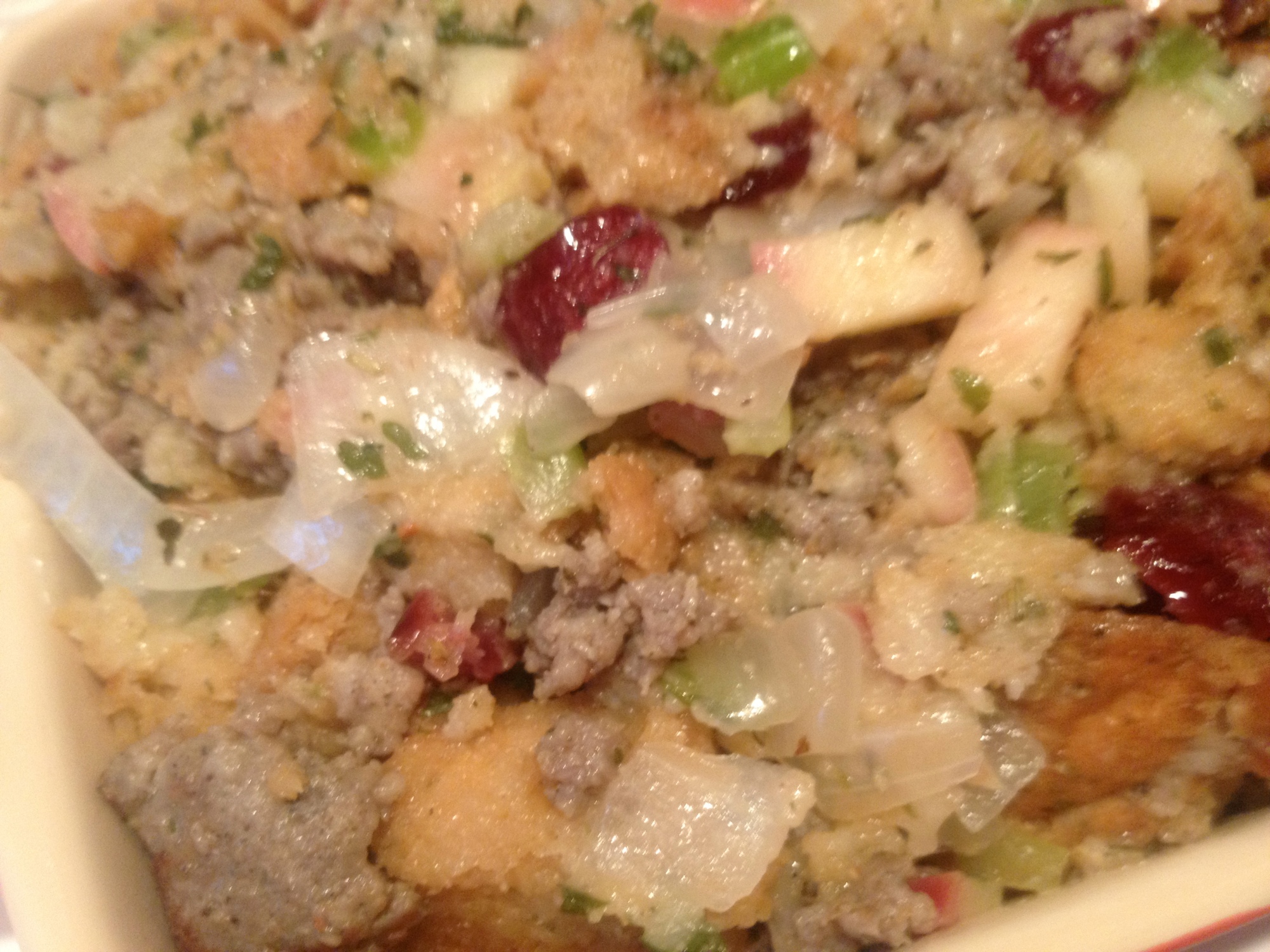 whenever holiday season starts coming around, the dish that i most look forward to eating is stuffing. something about it just brings a warm mushy feeling to my heart. slather it with some dark gravy and it’s game over for me. for my dallas “family” secret santa holiday potluck dinner this year, i chose to bring sausage stuffing. other delicious dishes that were made were honey ham (josie), holiday jello shots (andrew), mac&cheese (stephen), mashed potatoes (stephanie), lemon bars (stefan), pulled bbq pork (kristin & mark), asian slaw salad (cat), cauliflower (josh), cookies (jessie) and pomegranate and grapefruit (ada). thanks andrew and josie for hosting at their place and for these stockings and awesome stocking stuffers.

presents!! i told my secret santa that i wanted him/her to make me my present. haha. thanks josh for my UT sweatpants and the awesome mixed CD. 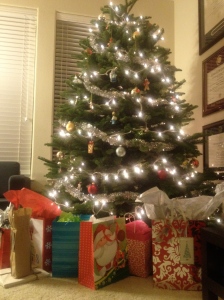 Saute the sausage in a large skillet over medium high heat until done (6-8 minutes). Transfer sausage and its drippings to separate bowl. Saute the onion, celery, sage, and rosemary together. Transfer to bowl with sausage. Mix in the cranberries, apples, toasted bread cubes, salt, and pepper. Add the chicken stock a little at a time and continue mixing until the bread cubes soak up the stock. Place mixture into casserole dish. Bake at 375 degrees (uncovered) for 25-30 minutes. 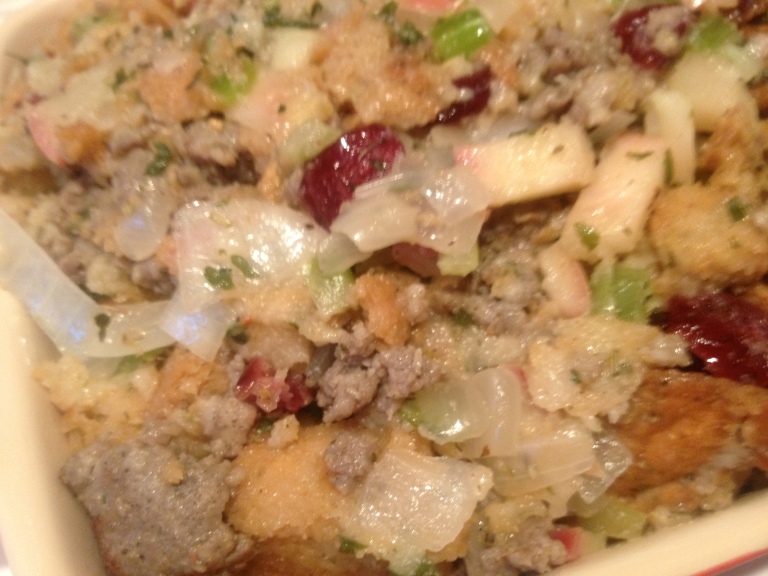